THERE were mixed results for transit funding measures included on election ballots in states and cities across the United States on November 3. 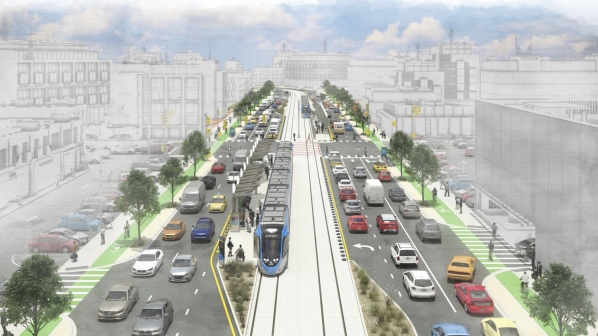 According to the American Public Transportation Association (APTA), 16 measures on various state and municipal ballots gave voters the chance to make decisions concerning $US 38bn in potential transit funding, although not all these schemes include rail.

Among the winners was Caltrain with voters in the San Francisco Bay Area set to approve a measure to increase a sales tax to provide dedicated funding for the commuter operator, which is haemorrhaging money during the Covid-19 pandemic. The measure is expected to generate $US 108m in additional funding, which will help to keep the San Francisco - San Jose - Gilroy service operational. The measure was initially conceived to support an electrification programme on the route.

Voters in Austin, Texas, overwhelmingly approved Project Connect, a $US 7.1bn initiative to improve bus and rail transit, which is funded by a 0.875 cent sales tax increase.

The plans included adding to stations to the existing Metro Rail Red Line to Leander and construction of the Green Line from central to East Austin. Two new light rail lines will also be built: the Orange Line between north and south Austin, and the Blue Line between Austin city centre and the airport. A new city centre  tunnel will be constructed for the light rail service. According to Metro, the complete expansion will total 43.4 route-km with 31 stations.

The initiative also includes $US 300m for anti-displacement measures, including affordable housing and transit-oriented development (TOD), all of which will be financed by an increase in property taxes.

The result was slightly different in Portland, Oregon, where voters rejected a measure which included the construction of a new 17km light rail line from central Portland to Tualatin, a suburb southwest of the city.

The project was included alongside a number of initiatives, including a requirement for employers in Portland to pay for benefits they would have received from enhanced transit for their employees and other Portlanders as well as a series of road, bridge and bus network improvements. According to local newspaper The Oregonian, the measure was defeated by 57% to 43% of the electorate.

Voters in Gwinnett County, Georgia, a suburban county, northeast of Atlanta, also voted narrowly to defeat a measure to raise $US 12.2bn through a 1% sales tax over the next 30 years to support the improvement of transit connections to Atlanta. The Gwinnett Daily Post reported on November 4 that the “no” vote received 50.22% of the votes cast.

There were some ballot measures that local transit and political officials planned to place on the ballot for this election, but later withdrew. In California, San Diego’s “Elevate SD 2020” initiative has been scrapped for now. The “Faster Bay Area” proposal that would have raised $US 100bn in funding to upgrade and link transit systems in the San Francisco Bay Area was also removed, as was a proposed sales tax increase to support transit improvements in the Sacramento area.

For detailed data on passenger rail projects in the United States and around the world, subscribe to IRJ Pro.