MASSACHUSETTS Bay Transportation Authority’s (MBTA) Fiscal and Management Control Board voted on December 12 to order 120 additional metro cars from CRRC Corporation subsidiary CRRC MA at a cost of $US 280m. 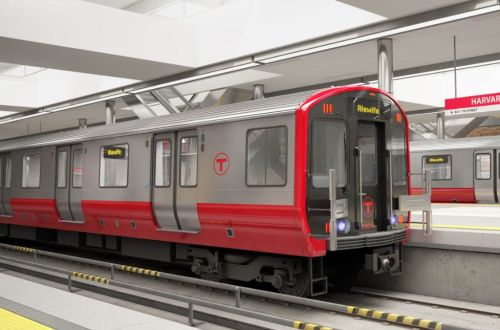 At this time, MBTA intended to operate a mixed fleet on the Red line, overhauling and upgrading the 85 1800 series vehicles supplied by Bombardier in 1993-94. However, MBTA says opting for a standardised fleet of new trains, together with minor alterations to speed codes, will increase passenger capacity by 30,000 passengers per hour, enabling the operation of three-minute headways, compared with four-and-a-half minutes at present. Furthermore, with a uniform fleet of modern trains, MBTA will be able to introduce a life-cycle maintenance programme to improve reliability.

MBTA says that overhauling the 1800 series cars would cost $US 310,000 more per vehicle than procuring new cars from CRRC.

The expansion of the order for Red Line cars includes an option for 14 additional vehicles. The vehicles will be assembled at CRRC MA’s plant in Springfield, Massachusetts, which is due to be completed in September 2017, with manufacturing set to begin in April 2018. The expansion of the MBTA order means the plant now has work until at least 2023.