MINNEAPOLIS St Paul Metropolitan Council has awarded Siemens a $US 118m contract to supply 27 LRVs for the expansion of the light rail network in the Twin Cities. 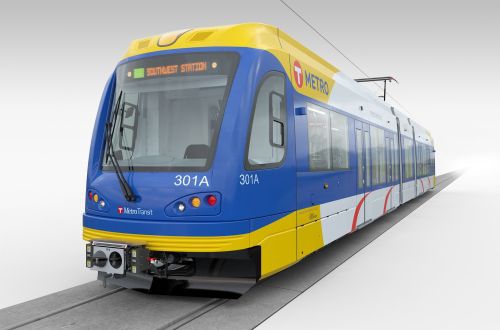 The vehicles will be manufactured at Siemens’ Sacramento plant and deliveries are due to start in 2019.

Metro Transit is enlarging its fleet in readiness for the extension of the Green Line from Target Field to SouthWest Station. Construction is due to begin on the $US 1.86bn project next year and the 23.3km 15-station extension will open in 2020.

Metro Transit awarded Siemens a contract in 2010 to supply up to 109 S70 LRVs, with an initial order for 31 vehicles for the Green Line and 10 to expand the Blue Line fleet. In 2013 Metro Transit exercised an option for 18 additional S70s and at the end of September 2015 it took up a second option for five more vehicles, which are now in production at Sacramento.

However Metro Transit opted not to exercise any further options from the 2010 contract and launched a new tender for LRVs in October 2015.

The vehicles from the latest order will feature a redesigned central section to increase aisle space and improve access for passengers with reduced mobility. Other features will include a passenger counting system and ice cutters to remove sleet from the overhead contact wire.