FRA: most US railways will miss PTC deadline

THE United States sent its latest status report on the rollout of Positive Train Control (PTC) to congress on August 7, warning policymakers that despite seven years of strenuous efforts by the industry most railways will not complete installation by the federally-mandated December 31 deadline. 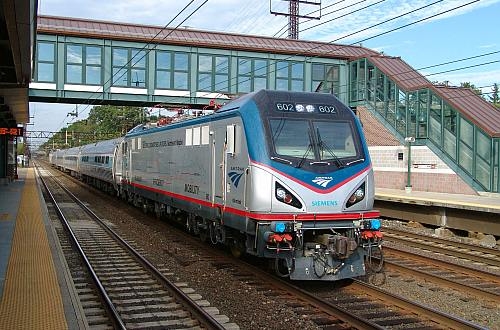 Following several serious accidents, Congress passed the Rail Safety Improvement Act (RSIA) in 2008, requiring all Class 1 railways transporting hazardous materials and all railways carrying passengers to install PTC by the end of this year.
According to aggregate analysis of data from the railways, together with supplementary data from the Association of American Railroads (AAR), the Class 1s had completed or partially completed installation of PTC equipment on 50% of locomotives by June. They had deployed 50% of wayside units, replaced around half of signals requiring renewal, and completed most of the mapping required for PTC-equipped lines.

By the end of this year, the AAR forecasts 39% of locomotives will be fully equipped, 76% of wayside units and 67% of radio base stations will be installed, and 34% of staff will be trained.

According to the American Public Transportation Association (APTA), PTC will be installed on 29% of commuter rail lines by the end of the year, with full implementation projected by 2020.

By June, Amtrak had equipped 85% of its locomotive fleet with PTC, including 97% of locomotives used on the Northeast Corridor (NEC). Amtrak has completed route mapping on 63% of its total track-km. By December PTC will be operational on all sections of the NEC owned and operated by Amtrak, leaving the 90km section of the route owned by the states of New York and Connecticut and Long Island Rail Road's (LIRR) Harold Interlocking in Queens, New York, still to be equipped.

Outside the NEC, PTC is in service on the 156km Porter - Kalamazoo Amtrak-owned section of the Chicago - Detroit line, and by December installation will be completed on the Philadelphia - Harrisburg Keystone Corridor and the Empire Connection in New York.

The FRA report notes that railways have faced a number of challenges in the rollout, including wireless spectrum availability, the limited number of suppliers, and potential for radio interference. So far the FRA has received only three of 38 required PTC safety plans.

The FRA says it has dedicated significant resources to PTC since the passage of RSIA, approving all 41 of the railways' implementation plans on time; working with the Federal Communications Commission and the Advisory Council on Historic Preservation to resolve issues related to spectrum use; building a PTC system test bed at the Transportation Technology Center in Pueblo, Colorado; and making loans available through the Railroad Rehabilitation and Improvement Financing (RRIF) programme.

The FRA suggests that a lack of public funding may be a contributing factor in the delays and the report notes that Congress has failed to provide a guaranteed, reliable revenue stream for implementation on commuter rail lines. Nonetheless, the FRA has used "resources it has available" to help roll out PTC on commuter lines, pointing to a $US 967m loan agreed with New York MTA in May this year through RRIF to support PTC deployment on Metro North and LIRR.

Without new legislation, many railways could now face penalties if they fail to complete the rollout by the end of the year. The Grow America Act includes provisions for interim safety measures that could enhance safety between the deadline and the complete implementation of PTC. These include allowing portions of CBTC to be switched on for selected sections of track rather than waiting for an entire system to be operational.

However, the AAR and its members are calling for the statutory implementation deadline to be extended to give railways more time to complete deployment.