THE Port Authority of New York and New Jersey (PANYNJ) has issued a request for proposals for a contract to carry out the Tier 2 environmental impact study into the proposed Cross Harbor Freight Tunnel, which would give New York City a direct link to the United States’ national freight rail network. 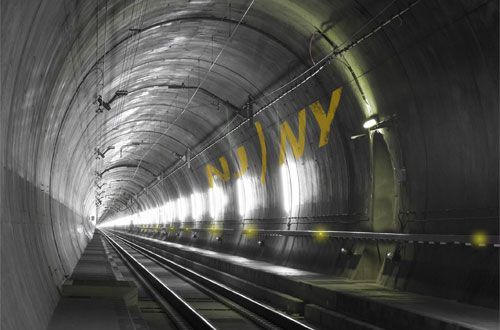 The office of New York governor Mr Andrew Cuomo says the freight tunnel was identified during the Tier I study as one of the solutions that would alleviate severe traffic congestion, reduce dependence on ageing roads and bridges, and address the region’s freight problem by finally connecting New York City directly to the national freight rail grid.

The tunnel would connect an existing freight yard in the Greenville area of Jersey City with existing rail infrastructure in Brooklyn. PANYNJ has committed up to $US 35m for the study and has up to $US 35m in additional funds available for further design and engineering.

According the governor’s office, the tunnel could eliminate 1800 lorry movements across New York harbour each day.

Currently, lorries transport nearly 90% of the region’s freight, while rail handles less than 3%. Most rail freight arrives at points west of New York City, with lorries transporting goods to their final destination.

The governor's office says freight to and from the region is expected to increase by at least 37% in the next 20 years, which is beyond the capacity of the area’s roads and threatens economic development.

PANYNJ and the Federal Highway Administration completed a draft Tier 1 environmental impact statement in 2014. In addition to the tunnel, the Tier 2 study will also evaluate an enhancement of the existing train ferry.