NEW JERSEY Transit (NJ Transit) has decided to exercise an option with Bombardier for 17 additional ALP45DP electro-diesel locomotives to replace life-expired motive power in its fleet. 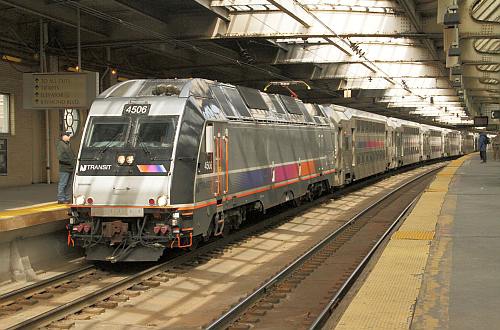 The total value of the contract with Bombardier is $US 184.5m, including spare parts and a 10% contingency which will allow for fluctuations in the US dollar-Euro exchange rate.

NJ Transit says it “has undertaken numerous analyses that have concluded the GP40 and F40-series [diesel] locomotives have reached the end of the service life and are candidates to be replaced with modern locomotives.”

NJ Transit is also planning to use longer double-deck trains to cater for ridership growth over the next decade, demanding investment in more modern traction.

The four-axle locomotives are equipped to operate under 12.5Kv 25Hz and 25kV 60Hz electrification systems, with twin EPA Tier 3-compliant, 12-cylinder Caterpillar 3512HD diesel engines providing a combined 3.13MW for operation on non-electrified lines. In electric mode the ALP-46DP generates a maximum output of 4MW and the units can operate at up to 200km/h.