THE president and CEO of Amtrak Mr Joseph Boardman has warned the US government that the country's busiest inter-city passenger railway, the Northeast Corridor (NEC) from Boston to New York and Washington DC is facing a "major coming investment crisis that, without a solution, will mean strangled growth and deteriorating service." 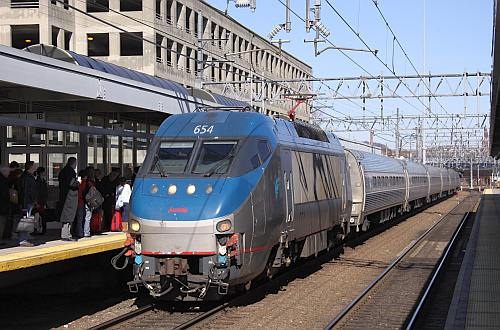 "We have pushed the current NEC infrastructure about as far as it can go, but the end of demand and growth is nowhere in sight," Boardman told the Senate Commerce, Science, and Transportation Committee on April 17. "A new model for investment is needed. If we do not obtain one, the outlook for the system's capacity and condition is grim."

Boardman explained that when Amtrak took over the NEC in 1976, the infrastructure was in a deplorable state of disrepair and required major investment. To address the situation, the Federal Railroad Administration, Congress and Amtrak invested about $US 4bn between 1976 and 1998, transforming the NEC into a modern railway capable of handling more than 2,200 trains per day.

Even with that investment, the operation of the NEC still depends on major components that date back as far as 1900, particularly electrical systems and the bridges, that need to be replaced and with 260 million passenger using the line each year, Amtrak says many sections are operating at or near their maximum capacity.

Amtrak has outlined plans for a high-capacity, high-performance railway with a major upgrade of the existing corridor to accommodate increased commuter, intercity, and freight traffic, augmented by sections of dedicated high-speed line that would allow higher frequencies and shorter journey times.

"The investment needed to realise these plans will have to come from a variety of sources, principally federal, but states and cities in the region will also have to play a part," Boardman says. "Private financing will need to play a role, too, but these contributions will only be truly possible once the public sector has committed to this project."