ONTARIO minister of transportation Mr Seteven Del Duca confirmed on April 21 that the province will fund the entire $C 1.6bn cost of the Hurontario-Main LRT project west of Toronto without assistance from the Canadian government. 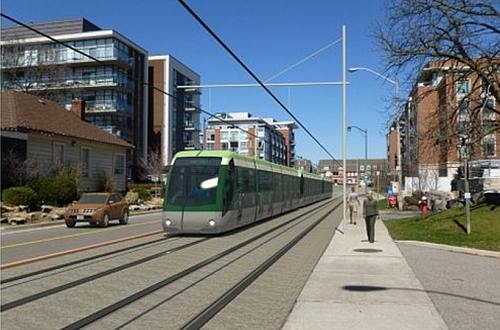 The 23km north-south line will have 23 stations and will link the Go Transit commuter rail station in Brampton with Port Credit in Mississauga on the shore of Lake Ontario.

Construction is due to begin in 2018 and the line will carry its first passengers in 2022, with annual ridership forecast to reach 35 million by 2031. The transit project assessment process for the line was completed in September 2014, although the project still needs to clear a number of hurdles, including approval from municipal authorities in Brampton, before construction can begin.

The project will be funded through the provincial government's Moving Ontario Forward programme, which includes plans for investment worth more than $C 130bn in public infrastructure over 10 years.

On April 16 the province announced that it would "unlock the value of certain public assets" to fund the programme, with measures including an Initial Public Offering for a minority stake in publically-owned utility company Hydro One. This is expected to generate around $C 4bn for the Trillium Trust, which will use the money to fund new transit and other priority infrastructure projects including the Go Transit Regional Express Rail plan.