INDIANA Department of Transportation (IDOT) has selected Chicago-based Corridor Capital LLC as its "preferred vendor" to manage and operate the daily Hoosier State inter-city service between Indianapolis and Chicago, which is currently operated by Amtrak. 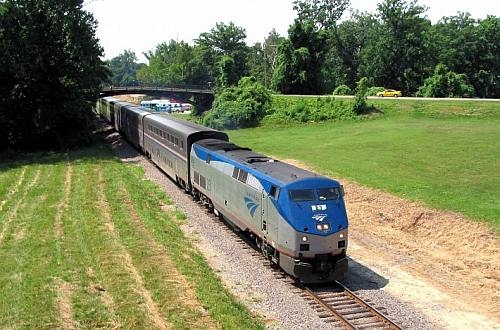 Corridor Capital owns or controls a fleet of 50 double-deck stainless-steel coaches, dining cars and lounge cars built by Budd for the Santa Fe Railway in the 1950s and 1960s.

Corridor Capital is an Associate Member of the Association of American Railroads (AAR), and also a partner of the Midwest Interstate Passenger Rail Commission.

The Hoosier State is considered by many to be a poor performer within the national passenger rail network, with some blaming Amtrak for the train's weak showing, while others blame the state of Indiana for its lack of support, reflecting the state's indifference to passenger rail.

Indiana became responsible for funding the Hoosier State on October 2 2013, although a deal to keep the train running was not reached until October 15. If the train had been withdrawn, the only remaining passenger service on the Chicago – Indianapolis corridor would have been Amtrak's Chicago – Washington DC Cardinal, which only runs three times a week.