THE board of Phoenix Valley Metro Rail has approved two orders for a total of 17 LRVs, which are being procured as part of the expansion of the LRT network in the Arizonan state capital. 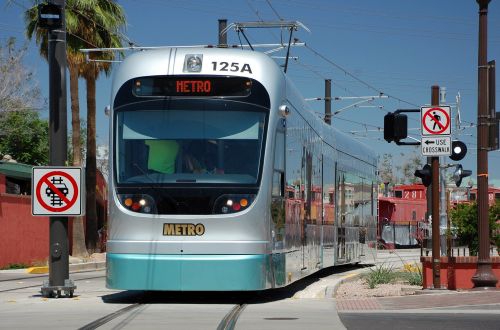 Siemens has been awarded a $US 57.9m seven-year contract to supply 11 S70 LRVs, which will support ridership growth on the existing 42km line and increase fleet capacity for opening of the 3.1km Gilbert Road extension in 2019. The contract includes options for up to 67 additional vehicles.

Valley Metro has also approved a $US 33m order for six Liberty LRVs from Brookville Equipment, which will be used on the 4.8km Tempe Streetcar line. The vehicles will be equipped with lithium-ion batteries for catenary-free operation.

For detailed data on LRV orders around the world, subscribe to IRJ Pro.