CALIFORNIA Department of Transportation (Caltrans), acting on behalf of its counterparts in Illinois, Michigan and Missouri, has issued a notice of intent to award a contract to Sumitomo for the supply of 130 double-deck coaches for use on regional and long-distance services in California and the Midwest United States. 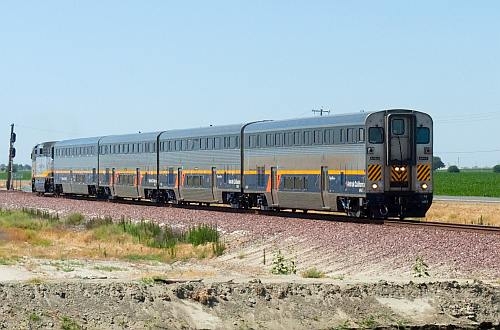 Sumitomo bid $US 352.28m for the contract, which is due to be signed in mid-November. The coaches are scheduled to be delivered between autumn 2015 and early 2018.

"By pooling our resources, all four states involved in this partnership can purchase the equipment at lower cost because it will be acquired in high volume under one contract," explains Caltrans director Mr Malcolm Dougherty.

Buy America laws require all of the major components to be manufactured in the United States, and the awarding agencies will carry out an audit of manufacturing and assembly facilities, which will be submitted to the Federal Railroad Administration before the contract is awarded. Assembly of the vehicles is likely to take place at Kinki Sharyo's recently-commissioned plant at Rochelle, Illinois.