MUNICIPAL authorities in San Diego, California, and the neighbouring city of Tijuana in the Mexican state of Baja California have revived plans for a light rail line spanning the US-Mexican border. 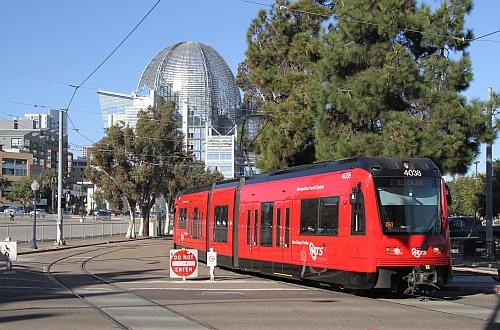 San Diego Regional Chamber of Commerce president Mr Jerry Sanders told local media: "That's one of our top priorities. It's very complex, obviously, when you have two governments, two state governments, two city governments, and MTS [Metropolitan Transit System]. But I think it can be done."

There are also complications involving the use of the infrastructure by freight trains. In December 2012 MTS leased a portion of the route to short line Pacific Imperial Railroad, which could make separation of freight and light rail operations a necessity to comply with US federal safety requirements.

However, Sanders says business leaders and political officials in both countries are actively urging theestablishment of cross-border light rail services, noting that the San Diego – Baja railway was also among the top concerns discussed during a recent trade trip to Mexico City sponsored by the San Diego Regional Chamber of Commerce.

"We're seeing more companies wanting to come here and work on both sides of the border, but the railway is a really an important issue for almost all of them," Sanders says. "Freight issues are helping to drive the process, but LRT is a significant factor as well."