SAN FRANCISCO Municipal Transportation Agency (SFMTA) unveiled a full-size mock-up of its forthcoming S200 SF LRV on June 16 and confirmed that it has exercised an option with Siemens for 40 additional vehicles. 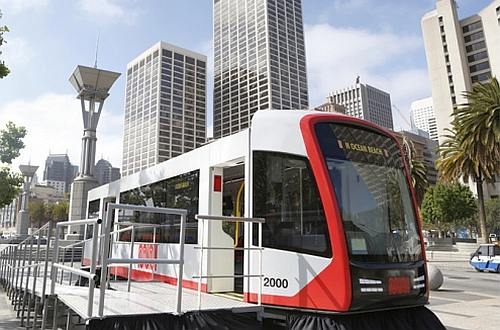 The option takes the total number of vehicles on order to 215, making it Siemens' largest-ever order for light rail vehicles in the United States.

SFMTA signed a $US 648m contract with Siemens last year for 175 SF200s, and the first prototype vehicle will be delivered in December 2016 with a further 23 units due to arrive by 2018. The LRVs will be assembled at Siemens' Sacramento plant in California.

SFMTA has one remaining option in the contract for a further 45 vehicles.