VOTERS in the Seattle area approved the Sound Transit 3 (ST3) Proposition 1 ballot measure on November 8, unlocking a $US 53.8bn 25-year investment in the region’s public transport network, which includes more than 100km of new light rail lines by 2041. 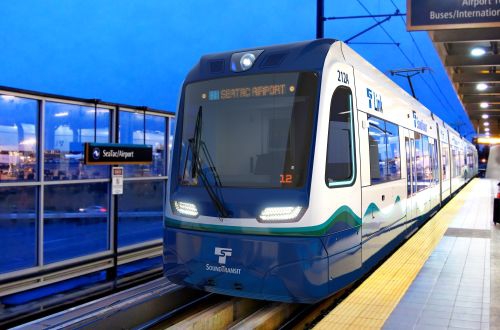 ST3 will expand the light rail network five-fold to 187km, boosting ridership to around 600,000 passengers per day. Services will operate 20 hours a day with six-minute headways during the peak and 10 minutes at other times.

In addition to the four light rail projects planned for completion before 2022, the programme encompasses eight extensions:

In addition to these extensions, new light rail stations at South Graham Street, South Boeing Access Road, and Northeast 130th Street are due to open by 2031.

ST3 also includes provision for investment in the Sounder commuter rail network. On the South Line from Seattle to Lakewood, where ridership has increased 15% in the last year, platforms will be lengthened to accommodate 10-car trains and services will be extended to Tillicum and DuPont. Track and signalling will also be upgraded to increase capacity.