THE board of Southeastern Pennsylvania Transportation Authority (Septa) voted on January 25 to approve the recommended locally-preferred alternative in the Draft Environmental Impact Statement (EIS) for the King of Prussia Rail Project (KOP Rail), which will connect one of the largest out-of-town shopping malls in the United States to Philadelphia’s urban rail network. 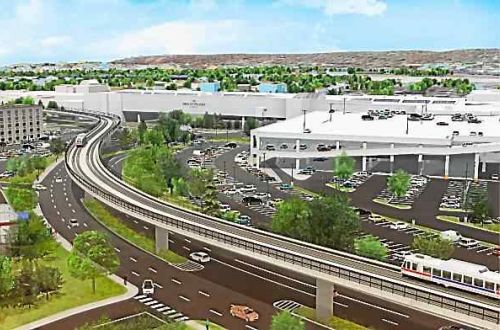 The 7.2km line will branch off the Norristown High Speed Line (NHSL) north of Hughes Park station and follow the Pennsylvania Turnpike on an elevated alignment with five stations, two of which will serve the King of Prussia mall.

The branch will be served by direct trains from both of the current terminus stations of the NHSL, 69th Street in Upper Darby and Norristown.

Septa says KOP Rail will reduce the journey time between central Philadelphia and King of Prussia by 30 minutes.

The project is estimated to cost $US 1-1.2bn and ridership on the branch is forecast to reach 9500 passengers per day by 2040.

Septa will submit the project's locally-preferred alternative to the Delaware Valley Regional Planning Commission for inclusion in the regional long-range Plan. The Final EIS is due to be issued next year.