SIEMENS has completed fabrication of the first stainless steel passenger coach shell for All Aboard Florida's Brightline inter-city service at its plant in Sacramento, California. 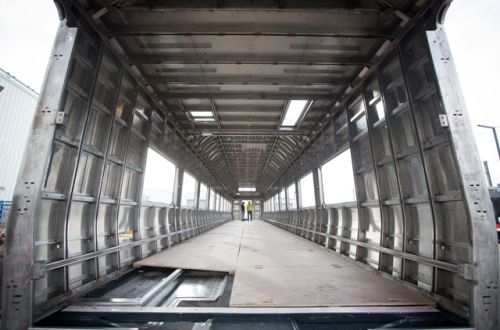 All Aboard Florida placed an initial order with Siemens in 2014 for five 200km/h trains, each formed of four 25.9m-long coaches and two Charger diesel-electric locomotives. Each seat will seat 240 passengers.

Siemens will maintain the fleet at purpose-built depots at Orlando International Airport and West Palm Beach under a 30-year contract signed last year.

More than 70 Siemens employees have worked on the production of the bodyshell for first coach, which has been fused together with more than 50,000 welded joints.

The trains are due to enter service when Brightline launches passenger operations on the Miami - Fort Lauderdale - Orlando route in the middle of next year.