Nippon Sharyo out, Siemens in for multi-state coach order

CALIFORNIA Department of Transportation confirmed on November 8 that Sumitomo Corporation of America will now work with Siemens instead of Nippon Sharyo to deliver a $US 371m order for 137 coaches for California and Illinois. 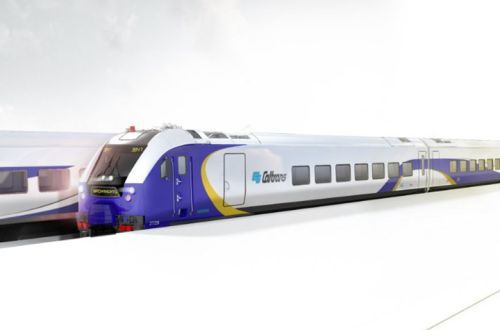 Under the newly-finalised contract, Siemens will build 49 vehicles for Caltrans and 88 for Illinois Department of Transportation (IDOT) at its plant in Sacramento, with all components sourced from US-based suppliers.

The revised deal substitutes Siemens as subcontractor to Sumitomo, changes the specification from double-deck to single-deck coaches, and accelerates delivery from five years to 24-34 months.

The IDOT contract with Nippon Sharyo dates back to 2012, and was financed with the aid of $551m in federal funds. However, the order was jeopardised in 2015 when a prototype coach failed to pass a mandatory crash safety test.

In August this year, IDOT announced that Siemens would replace Nippon Sharyo as subcontractor, and that it was changing the vehicle specification from double-deck to single-deck.

The coaches will be used on Midwest Coalition Amtrak services and Pacific Surfliner, San Joaquin and Capitol Corridor services in California.

Production of the first vehicles will begin before the end of this year.