THREE consortia have submitted bids to the Regional Municipality of Waterloo, Ontario, for the $C 536m ($US 505m) PPP contract to design, build, operate, and maintain the city's first light rail line. 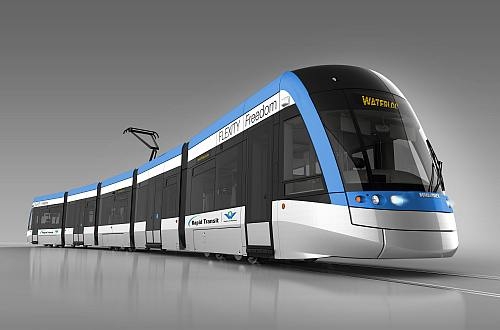 Seven groups initially responded to the request for qualifications.

The 19km line will run from Conestoga Mall in Waterloo to Fairview Park Mall in Kitchener. The 16-station line is due to open in 2017 and is expected to carry 27,000 passengers in its first full year of operation, rising to 56,000 by 2031.

Ontario has committed up to $C 300m in funding, bolstered by Canadian federal government funding of $C 265m and regional contributions of $C 253m.

Earlier this year the regional government reached an agreement with Toronto and Hamilton transit authority Metrolinx to acquire 14 Flexity Freedom LRVs from Bombardier for the new line.