TORONTO and Hamilton transport authority Metrolinx and Infrastructure Ontario have signed a $C 9.1bn ($US 7bn) 30-year alternative financing and procurement (AFP) contract with Crosslinx Transit Solutions to finance, build, and maintain Toronto's 19km Eglinton Crosstown light rail line, which is due to open in 2021. 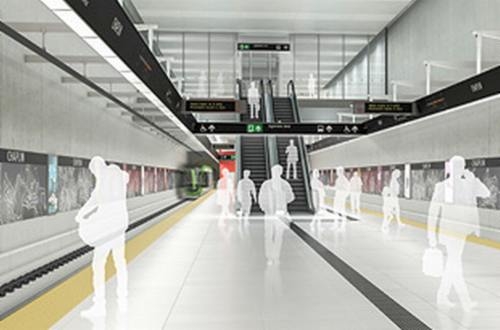 The consortium comprises Aecon, ACS Infrastructure Canada, EllisDon, and SNC-Lavalin, and each member is an equal partner in the group with a 25% stake in the contract.

Infrastructure Ontario says its "rigorous, innovative and competitive" procurement process has enabled it to conclude a deal that is $C 2bn below the original forecast cost.

Construction is due to begin in the first quarter of next year and Crosslinx will supply trackwork, signalling, telecommunications and rolling stock for the project. It will also maintain the line for 30 years.

The 25-station line will run along Eglinton Avenue from Mount Dennis (Weston Road) to Kennedy with a 10km underground section between Keele Street and Laird Drive. The line will interchange with 54 bus routes and three metro lines as well as the Go Transit commuter rail network.

Services will operate at an average of 28km/h and the Crosstown LRT is expected to carry 5400 passengers per hour per direction (pphpd) in the peak by 2031, although the line will have a design capacity of 15,000 pphpd.