GREATER Toronto Airports Authority (GTAA) and Metrolinx have agreed to work together on a study looking at a potential rail connection between the Regional Transit and Passenger Centre at Toronto Pearson International Airport and the Kitchener rail corridor. 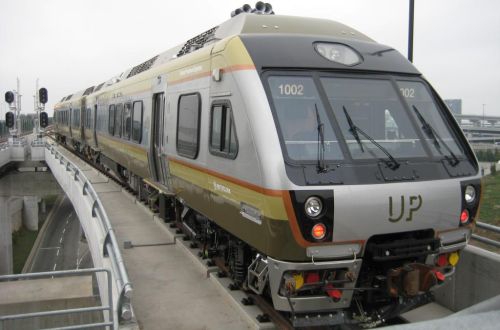 Pearson Airport joined the rail network in June 2015 with the launch of Union Pearson express, which connects the airport with Toronto Union Station.

“Toronto Pearson is Canada’s gateway to the world and a key driver of jobs, trade and tourism,” says Mr Howard Eng, president and CEO of the GTAA. “The GTAA is committed to working with Metrolinx to improve transit. These studies will help to connect our region for the benefit of passengers, airport workers, local businesses and residents.”

Metrolinx and the province of Ontario are developing an environmental assessment for a project to segregate freight and passenger traffic in the Northwest Greater Toronto Area (GTA) as part of the province’s high-speed rail plans.

Metrolinx says that as part of the environmental assessment phase, Ontario is working with the GTAA to explore options to connect two-way, all-day Go Transit services on the Kitchener line to the planned Regional Transit and Passenger Centre, a multi-modal transport hub and passenger facility which will be built at Pearson.

“We are excited to be moving ahead with our partners to explore all options available,” says Mr Phil Verster, president and CEO of Metrolinx. “By strengthening connections among communities along the innovation corridor between Kitchener-Waterloo, Pearson Airport and Toronto, we will work to deliver faster, more frequent service for our customers.”