TRANSLINK, which operates Vancouver’s Skytrain metro system, has awarded a $C 721m ($US 565m) contract to Bombardier Transportation for the supply of 41 five-car trains for the network. 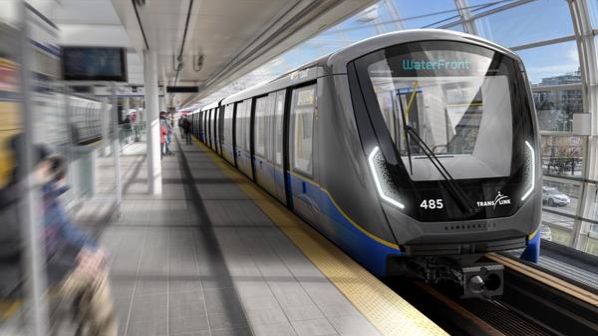 The new trains will include a modernised driver’s cab, a new interior with improved seating, multi-modal areas for wheelchairs and pushchairs, bicycle racks and passenger information screens.

The contract also includes options for up to 400 additional cars.

The trains will be designed by Bombardier’s North American teams, and will be assembled and tested at its Kingston, Ontario, facility, with further testing and commissioning in Vancouver.

The contract follows the completion of deliveries from an order placed in 2018 to supply 56 Innovia Metro 300 metro cars, which are designated as Mark III cars by TransLink.

“This will be the largest fleet procurement order we’ve ever undertaken,” says TransLink CEO, Mr Kevin Desmond. “These new SkyTrain cars will not only help replace our ageing fleet, but also prepare Metro Vancouver’s transit system for the upcoming SkyTrain expansion.”

Expansions to the Skytrain network include a 5.7km underground extension to the Millennium Line, known as the Broadway Subway, which is scheduled to begin construction in early 2021. An additional $C 2.9bn extension to the network is currently being considered which would replace the formerly planned Surrey light rail project, which was suspended in 2018.