TTCI to start ‘next chapter’ at new Pueblo facility

TTCI’s plans follow in the wake of a contract awarded in March to Ensco to take over operation of TTC from TTCI. 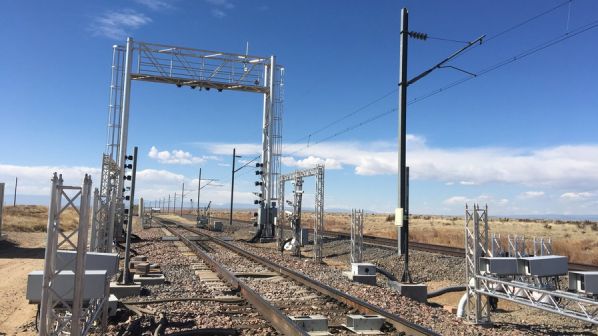 TTCI, a subsidiary of the Association of American Railroads (AAR), has secured an agreement with the Pueblo Economic Development Corp (Pedco), which it says will solidify its “commitment to its employees and the Pueblo community.”

TTCI says the new facility will be designed to meet the needs of the rail industry and TTCI’s customers, and improve competitiveness in the market.

“We’re laying the cornerstone for the next chapter of TTCI and rail innovation right here in Pueblo,” says TTCI’s president, Ms Lisa Stabler. “This new partnership represents our commitment to serving our rail customers and providing continuity of services long into the future, while maintaining our employees’ quality of life and contributing to this community.”

The move follows the March 8 announcement that Ensco, which operates in the defence, transport, aerospace and intelligence sectors, had been awarded a $US 571m contract to provide research and development, testing, engineering, and training services at the Transportation Technology Center (TTC) in Pueblo, which is owned by the Federal Railroad Administration (FRA). TTC comprises more than 80km of test tracks and laboratories for testing locomotives, vehicles, track components, and signalling and telecommunications devices in Pueblo.

Transition of the US Department of Transportation operations, maintenance and research programmes to Ensco is expected to be completed by October 2022.

AAR has managed the TTC since 1982, mostly through TTCI which held successive single-source care, custody and control contracts with the FRA.