UNION Pacific (UP) has taken complete ownership of an important north-south railway though Oklahoma, three decades after state officials saved it from closure. 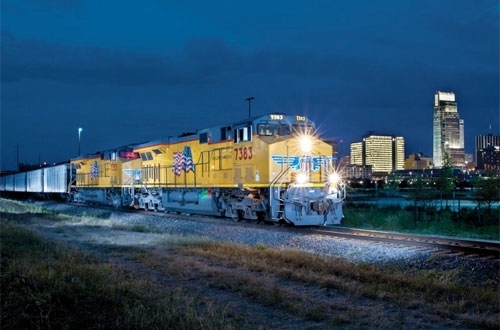 The agreement was originally drafted 30 years ago when Chicago, Rock Island and Pacific Railroad filed for bankruptcy, potentially eliminating the 565km Enid – El Reno – Oklahoma City – Duncan – Lawton line, a critical rail connection linking Texas and Kansas through Oklahoma. The state of Oklahoma responded by purchasing the line, which was operated by the Oklahoma-Kansas-Texas Railroad through a 30-year-lease purchase agreement signed in November 1982.

Union Pacific acquired the line after several mergers and paid $US 35m plus accrued interest for the infrastructure.

"This type of agreement was unique, but we felt it was critical that we preserve the rail corridors and work towards getting them back in the hands of private industry," says Oklahoma Secretary of Transportation Mr Gary Ridley. "The line that was saved 30 years ago is a valuable part of the transport network and is bustling with activity today."