UNION Pacific (UP) announced on January 23 that it intends to spend around $US 3.1bn through its 2017 capital programme, subject to approval by the Class 1 railway’s board of directors. 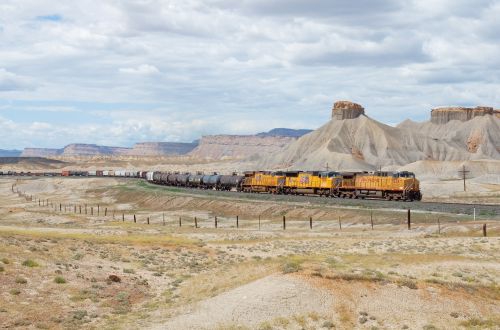 The bulk of the anticipated budget - $US 1.86bn - will go towards infrastructure replacement, with $US 435m allocated to locomotives and other equipment, $US 300m for the continued rollout of Positive Train Control (PTC), $US 255m for capacity and commercial facilities and $240m for technology.

The total capital budget is around 9% lower than the allocation for the 2016 capital programme. The biggest year-on-year change is UP's planned spend on locomotives and equipment. Mr Cameron Scott, executive vice president and chief operating officer, noted during UP’s 2016 fourth quarter earnings call that the railway had planned to acquire 100 locomotives this year through a previous purchase commitment, but the plan has been revised to include 60 locomotives in 2017, with delivery of the remaining 40 deferred until 2018.

While spending on PTC is also down slightly, UP says it is still on track to meet the 2018 deadline for installation. By September 1 2016, UP had more than 1300km in revenue service demonstration operation and has invested $US 2.1bn of what is anticipated to be a total investment of $US 2.9bn in PTC.