UNION Pacific's (UP) board of directors have approved a 2014 capital spending plan of approximately $US 3.9bn, an increase of around $US 300m from 2013. 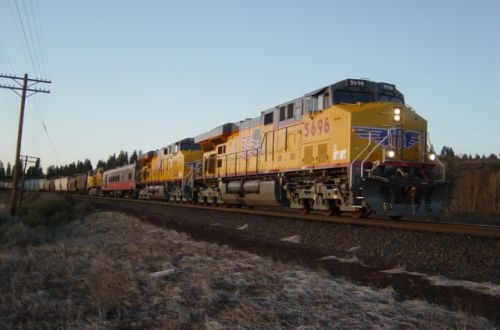 The investment is driven primarily by the acquisition of 200 locomotives compared with 100 locomotives in 2013 and somewhat higher capacity investments. Spending on positive train control (PTC) is also expected to increase to $US 450m, versus $US 420m in 2013.

"Our capital investments serve a critical role in supporting future cash generation and returns," says Mr Rob Knight, UP's chief financial officer. "The increased capital spending plan for 2014 also highlights our expectation of future volume growth across a wide range of markets in 2014 and beyond."

UP traffic volumes fell by a reported 0.3% in 2013, compared with an increase of 4.5% at its western rival, BNSF, which presented a $US 5bn capital investment plan last week.

Meanwhile, Mr Lance Fritz has been elected UP's president and chief operating officer, with Mr Cameron Scott succeeding Fritz as executive vice president operations. In addition, Mr Jim Young has retired, but will continue to serve as chairman of the company's board of directors in a non-executive role.