THE Illinois Department of Transportation (Idot) has formally awarded a $US 228m contract to Siemens and Cummins to supply 32 diesel-electric locomotives for use on Amtrak services in the states of Illinois, California, Michigan, Missouri and Washington. 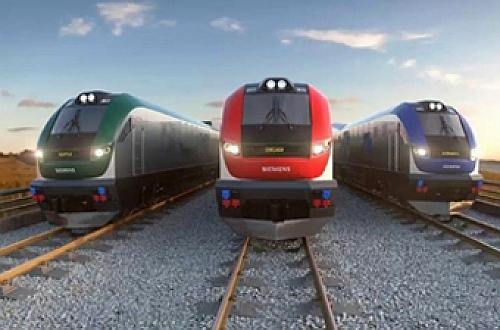 The Charger locomotives will operate at a maximum speed of 200km/h and will be manufactured at Siemens' plant in Sacramento, California. Cummins will equip the units with its QSK95 diesel engines and delivery is expected to take place between autumn 2016 and mid 2017.

Idot, which is coordinating the order on behalf of the other states, issued a letter of intent to Siemens for an order for 35 locomotives in December, which has subsequently been reduced to 32 units. The contract includes a purchase option for an additional 225 locomotives, including 75 locomotives for regional and 150 for main line operations, which could be worth up to $US 1.5bn to Siemens based on a $US 7m unit price. However, these orders will depend on the availability of state or federal funding.

Siemens beat off competition from MotivePower, a subsidiary of Wabtec, which submitted the highest bid of $US 260.9m, and Caterpillar subsidiary Electro-Motive Diesel (EMD) for the order.

Caterpillar reportedly issued a protest at the decision to award the contract to Siemens, claiming that the Siemens locomotive, which will be powered by a 16-cylinder engine, could not meet the 200km/h requirement unless it was travelling downhill. Idot rejected the protest saying Siemens' proposal met the contract's technical and performance requirements. EMD's bid featured a locomotive with a 20-cylinder engine and was priced at $US 260m. Caterpillar says it is considering options for further appeals.

The locomotives are expected to facilitate so-called higher-speed operation on several Amtrak corridors. This includes the Chicago - St Louis corridor, which began operating 177km/h services on a 22.5km section of Union Pacific line between Dwight and Pontiac in November 2012, with the intention of expanding this to 75% of the line by 2017, and the Chicago - Detroit corridor. Amtrak has operated 177km/h services on a 128.7km section of this line from Porter, Indiana, to Kalamazoo, Michigan, since February 2012, with work underway to upgrade 80% of the line to 177km/h operation by 2015.

The locomotives will haul a fleet of 130 double-deck coaches currently under construction in Rochelle, Illinois, by a joint venture of Sumitomo and Nippon Sharyo, which was awarded a contract in September 2012. 88 vehicles from the contract will be used on Midwest Amtrak services and 42 in California.