IRJ at InnoTrans 2016: CANADIAN inter-city passenger operator Via Rail is moving forward with preparations to procure a new fleet of bi-mode (diesel and electric) trains as part of its $C 4bn plan to upgrade the Toronto – Ottawa – Montreal corridor. 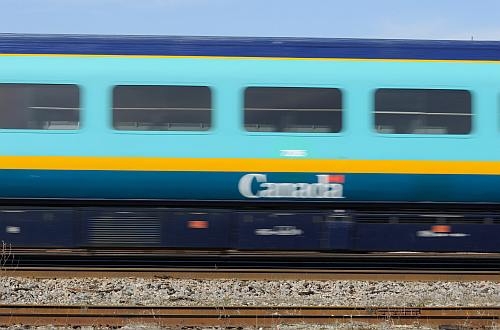 CEO Mr Yves Desjardins-Siciliano told IRJ at InnoTrans on September 21 that Via Rail is seeking to acquire a proven design that is “in production or in use today,” with the first trains due to enter service by 2020.

“We’re looking for an established solution that meets Canadian requirements and is capable of operating in temperatures of between -40 and +40oC,” Desjardins-Siciliano says.
Via Rail plans a minimum order for between 32 and 48 trains, providing a total 10,000-14,000 seats.

The Canadian government is expected to make a decision on the funding structure for the Toronto – Montreal project by March, which will determine the procurement timeline and fleet composition. Tendering could begin as early as March or April 2017.

In March this year the federal budget allocated Via Rail $C 7.7m in the current financial year to fund pre-procurement activities for new rolling stock, level crossing safety enhancements, and station security. This will enable Via Rail to take the rolling stock project to the Request for Proposals (RFQ) stage.