VIRGIN Trains USA filed a prospectus with the US Securities and Exchange Commission on November 16 in preparation for an Initial Public Offering (IPO) on the Nasdaq Stock Exchange. 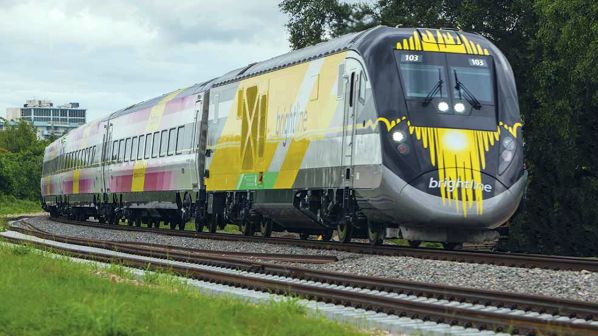 The prospectus was filed the same day Virgin announced its strategic partnership with Florida’s privately-financed inter-city operator Brightline, which will be rebranded Virgin Trains USA next year.

According to the prospectus, the funds raised through the stock market launch will be used to complete the rebranding, continue infrastructure works on the  South Segment from Miami to West Palm Beach, and complete construction of the North Segment from West Palm Beach to Orlando and the Orlando - Tampa extension.

Costs are estimated at $US 2.1bn for the North Segment (excluding a $US 183m contingency fund) and $US 1.7bn for the Tampa extension. Brightline is currently in the process of negotiating debt financing to support these projects.

According to ridership forecasts carried out by Roland Berger, passenger numbers are expected to reach 6.6 million when the Miami - Orlando line is complete, rising to 9.5 million when the Tampa extension opens. Annualised ticket revenue of around $US 700m is forecast for the fourth quarter of 2023 or the first quarter of 2024.

The prospectus also sets out details of the Xpress West project to build a high-speed rail link between Las Vegas and southern California. Brightline confirmed in September that it was taking over Xpress West and it expects to complete the acquisition during 2019.

“We intend for our Florida passenger rail service and the Vegas Expansion to generate meaningful profits and serve as a scalable model to expand our operations to a number of other large and congested inter-city travel corridors in North America where large and growing travel populations seek a similar solution for medium-distance, ‘too long to drive, too short to fly’ travel,” the prospectus states. “As we have done in Florida and Las Vegas, we intend to target markets where we believe we can utilise existing transportation corridors - either rail, highway or a combination of both - to cost effectively build our systems, as opposed to developing entirely new corridors at potentially significantly higher costs.”