METROPOLITAN Washington Airports Authority (MWAA) awarded the first of three-design-build contracts on May 14 for the second phase of the Washington DC Silver Line, which will extend the line from Wiehle Avenue in Reston to Washington Dulles International Airport and Ashburn. 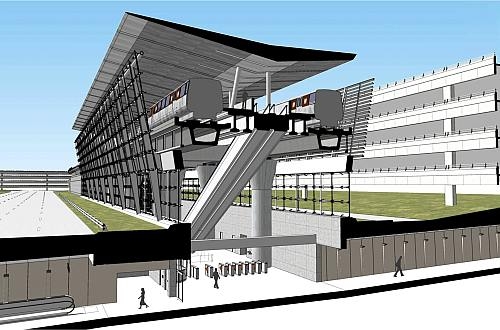 Capital Rail Constructors, a joint venture of Clark Construction Group and Kiewit Infrastructure South with Parsons acting lead designer will be responsible for the $US 1.2bn Package A, which covers around half of the construction work required for the $US 2.7bn project.

A contract for project management services has also been awarded to Jacobs Engineering, continuing the role it performed on Phase 1.

The 18.3km six-station extension is due to be completed in 2018, when it will be handed over to Washington Metropolitan Area Transit Authority.

MWAA says the initial $US 2.9bn phase of the Silver Line from Church Falls to Wiehle Avenue is now 90% complete and on schedule to open later this year.