AMTRAK, the US long-distance passenger train operator, has appointed Mr Wick Moorman to succeed Mr Joe Boardman as president and CEO with effect from September 1. 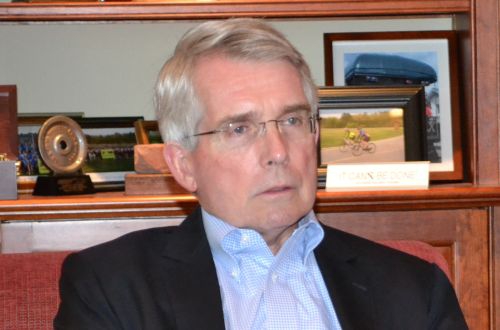 Moorman comes to Amtrak after more than 40 years at Norfolk Southern (NS) and predecessor Southern Railway, where he began his career as a maintenance engineer in 1970. Moorman rose from a management trainee to finally become chairman, president and CEO until his retirement on October 1 2015. A graduate of Georgia Tech and Harvard Business School, Moorman serves on the boards of Duke Energy Corporation, Chevron Corporation, the Virginia chapter of the Nature Conservancy, and the Georgia Tech Foundation.

“We are very pleased that someone with Wick’s experience and vision will lead Amtrak during this critical period as the company charts a course for future growth and improvement,” says Mr Anthony Coscia, chairman of the Amtrak board. “Under CEO Joe Boardman, and with the support of the Administration and Congress, Amtrak has achieved record levels of performance and investment. The board believes Wick can build upon this success in the coming year by launching initiatives to further enhance safety and customer service, modernise our operations, and guide our implementation of the Fast Act.”

Moorman will be paid a nominal $US 1.00 a year, but will be eligible to receive a performance incentive payment of up to $US 500,000 based on criteria established by the Amtrak board.

“I view this as public service,” Moorman told William Vantuono, editor-in-chief of IRJ’s US sister magazine Railway Age. “Amtrak is important to the freight rail carriers, and to the country. This is something I really want to do, and I believe I can contribute to making Amtrak a better railroad. I’m sure the work will be interesting, and I hope it will be fun as well.”

Moorman is only the third Amtrak chief executive to have practical railway experience. Mr Graham Claytor Jr, who ran Southern Railway from 1967 to 1977, retired from Amtrak in 1993 after 11 years, and Mr David Gunn, who began his career with the former Santa Fe Railway in the 1960s, ran Amtrak from 2002 to 2005.