ABELLIO Rail Baden-Württemberg (ARBW) has exercised an option with Bombardier for five additional Talent 2 EMUs for the German state’s regional Network 1a (Neckar Network), which Abellio will operate for 13 years from June 2019. 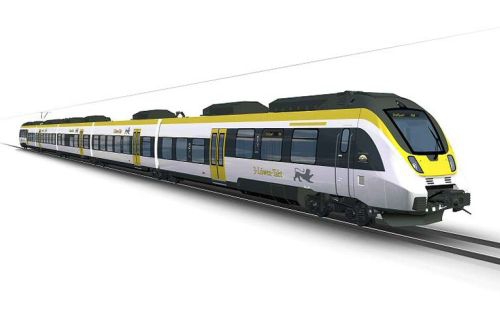 The option comes from an initial order for 43 trains, which was placed last year.

The trains will be assembled at Bombardier's Henningsdorf plant, with the company's Siegen facility supplying bogies.

The additional trains are being ordered to meet the public transport authority’s requirements for extra capacity on the 480km Neckar Network, which includes three routes and 114 stations.

All 48 trains will be maintained at a depot in Pforzheim, which will employ around 50 staff. The maintenance contract will continue until at least 2032, when the operating contract is due to expire.