GERMANY's Altona-Kaltenkirchen-Neumünster Railway (AKN) has taken delivery of the last of 14 Coradia Lint 54 DMUs, which were ordered from Alstom in 2013 in a deal worth €60m. 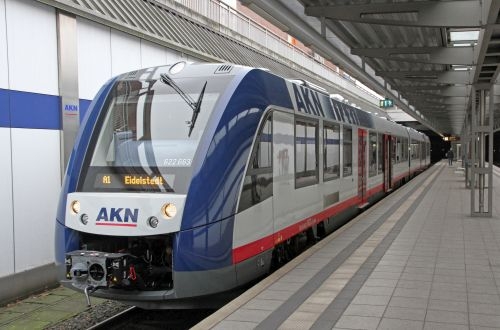 The trains are now replacing 40-year-old Linke-Hofmann-Busch VT2E DMUs, which were built at the same Salzgitter plant, on AKN's 131km network in the northern state of Schleswig Holstein.

The 54m-long two-car sets accommodate 176 seated and 170 standing passengers, compared with 88 seats on the trains they are replacing.