ALSTOM confirmed on September 11 that it is working with British rolling stock leasing company Eversholt Rail to refit class 321 EMUs with hydrogen tanks and fuel cells for hydrogen operation, in response to the British government's challenge to eliminate diesel operation on the national network by 2040. 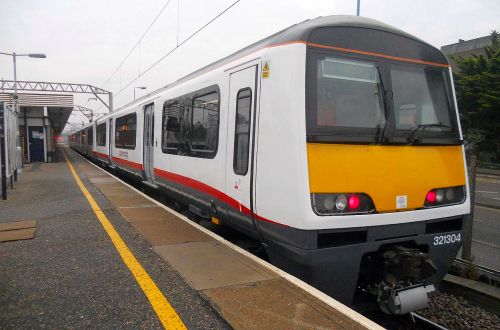 Alstom says the conversions will take place in batches of up to 15 trains at a time at the company’s facility at Widnes, near Liverpool, and the first could be ready by 2021. Eventually 100 class 321s could be converted.

The trains could initially be used in the northeast, possibly on the Tees Valley Line between Bishop Auckland and Middlesbrough, and in the northwest between Liverpool and Widnes. According to Alstom, the trains will have a range of 1000km and a maximum speed of 140km/h.

“We think the potential long-term application of hydrogen in Britain is very significant,” says Alstom UK & Ireland managing director, Mr Nick Crossfield. “Less than 50% of the UK network is electrified, and much that isn’t electrified is unlikely ever to be so. Starting with this conversion, we think hydrogen could offer the right zero carbon solution for many parts of the network.”

The Coradia iLint, Alstom’s first hydrogen train, is currently undergoing tests in Germany and two prototype trains are due to enter passenger service in Lower Saxony this month. Nearly a third of Britain’s rolling stock is diesel and all of these trains will need to be replaced or refurbished to hit the Government’s target of no diesel rail vehicles by 2040.

British Rail Engineering Limited built 117 class 321s in 1988-91 for regional and commuter services. Most of the fleet will come off-lease within the next few years as Abellio Greater Anglia takes delivery of new Aventra EMUs from Bombardier.