IRJ at InnoTrans 2022: Alstom reveals plans for the project during a visit to its Hennigsdorf plant. 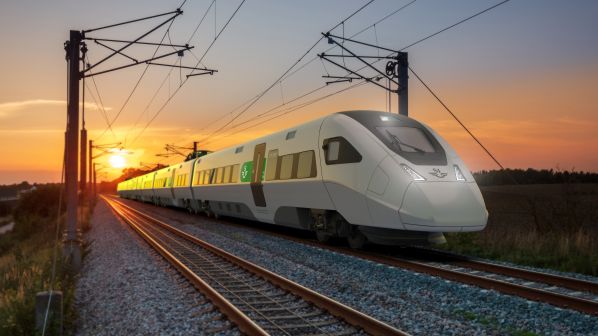 ALSTOM has commenced design of the 25 high-speed trains that SJ ordered from Bombardier Transportation Sweden, now a subsidiary of Alstom, earlier this year. The 250km/h trains will be the fastest in Sweden when they enter service in 2026, and will provide inter-city services within Sweden and cross-border services to Denmark and Norway.

The SKr 7bn ($US 620.9bn) order is part of SJ’s SKr 12bn investment in new trains and refurbishment of existing rolling stock, and is one of the largest fleet procurements in SJ’s history. The contract was signed in April after Alstom was named as the winner of the contract in December 2021.

During a press visit ahead of InnoTrans to the Hennigsdorf manufacturing and testing facility that Alstom acquired as part of the Bombardier acquisition, project leader, Mr Pierric Gisquet, told IRJ that design stage was underway.

“Right now we are starting the conceptual design review phase with the customer,” Gisquet says. “Now we are getting into the design of it, [deciding] what technical solutions we’re going to offer to satisfy their requirements.”

The biggest challenge is designing the train to operate in temperatures of -40oC that can be experienced in Sweden and Norway, including being able to start the train in the cold mornings and operate all the onboard equipment. Gisquet says most of this equipment has already been tested in the Nordic conditions, but there are some parts that haven’t been, such as the wheelchair lift. The train will also be equipped with a plough at the front to remove snow from the track.

“We have an idea of how to fulfil the requirements, and then we’ll have to test it,” Gisquet says.

The nose of the train will also be designed to prepare for more serious animal strikes, as there is the possibility of hitting much larger animals than elsewhere in Europe such as elk, which weigh up to 330kg. To adapt to this, Alstom is designing a nose with three parts that is designed to allow the train to continue to the next station following a collision.

Another challenge is the certification of the train to operate in Sweden, Norway and Denmark. The train will be the first of its kind that Alstom has certified through the European Union Agency for Railways (ERA) but will also need to meet specific local requirements in each country. For example, Norway has stricter requirements to prevent “train surfing,” or people climbing onto the outside of a moving train, than in Sweden or Denmark.

The Nordic passenger comfort requirements are also “very demanding” compared with central Europe, Gisquet says, with the interior designed to reflect this. “We are very much configured to satisfy the continental European customers such as DB and SNCF, but when you get to the Swedish customers, they have a higher understanding of customer comfort,” he says.

Alstom is currently building a series of mock-ups to test its designs, which will be trialled by passengers. SJ is also very involved in the design process, Gisquet says, to ensure the train meets their design specifications.