ALSTOM has handed over the first of 26 modernised Coradia Lint 41 regional DMU to Lower Saxony Transport Authority (LNVG) as part of a contract signed earlier this year. 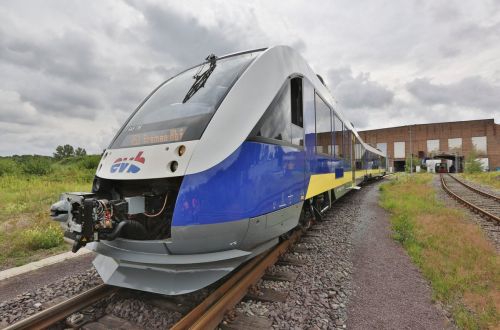 The programme will be completed by the end of 2019, and the first train will run on the Elbe - Weser network.

The modernisation is taking place at Alstom’s service centre in Braunschweig. The Coradia Lint trains have been in operation since 2003, and after 15 years, the control technology, brake controls, and the interior and exterior designs are being modernised. The trains are being equipped with Wi-Fi, LED lighting, CCTV, at-seat power sockets and USB ports.

“This order is another milestone in our long-term cooperation with LNVG,” says head of services for Alstom in Germany, Mr Daniel Croonen. “Together we offer passengers modern regional trains for an economical and sustainable transport for passengers.”