ALSTOM has announced orders for 25 140km/h two-car Coradia Lint regional DMUs with operators in southern Germany in deals worth a combined €116m. 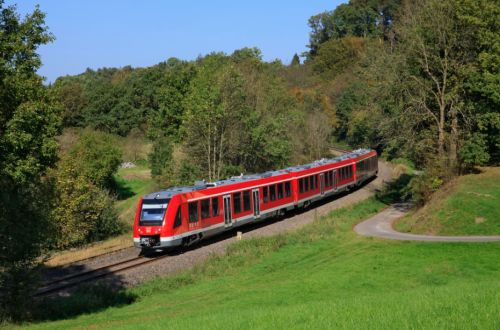 DB Regio Bayern is ordering 20 trains for €93m which will be deployed on the Ulm Diesel Network encompassing services from Ulm - Memmingen/Buxheim, Ulm - Weissenhorn, and Ulm - Günzburg - Mindelheim. The order consists of eight Coradia Lint 41 trains which seat 125 passengers, and 12 Coradia Lint 54 sets with capacity for 150 passengers. Delivery of 15 trains will take place in autumn 2020, while the remaining five sets will follow in autumn 2022. DB Regiop secured the 12-year contract to opeate the network from December 2020 in October.

The five Coradia Lint 54 DMUs ordered by Hohenzollern Railways (HzL) are identical to the 10 sets it ordered for the Ulm Star regional network in 2017. The order is worth €23m and the vehicles will be delivered alongside the main fleet in June 2019.