ALSTOM presented its Coradia Polyvalent regional train in the northern railway station of Bucharest on October 11, part of a €140m contract for the Sighișoara - Simeria signalling rehabilitation project Alstom signed in 2014 with CFR Infrastructura. 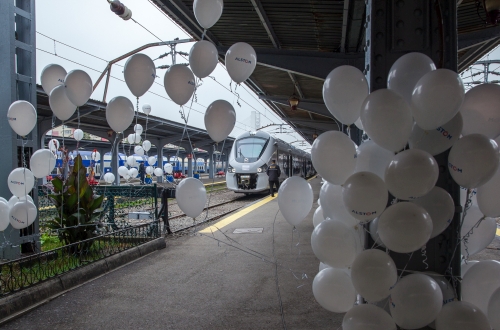 The project also includes the modernisation and resignalling of the 170km Sighișoara – Simeria line, which will also be equipped with Alstom’s ERTMS Level 2 solution, Atlas 200.

The Coradia Polyvalent which can run at a maximum speed of 160km/h on both electrified and non-electrified lines will be used to test and measure the performances of the supplied systems.