SWEDISH operator Västtrafik has awarded Alstom a €9m contract for the refurbishment of 18 X12 and X14 two-car EMUs, which operate on the Gothenburg - Borås and Uddevalla - Borås - Varberg. 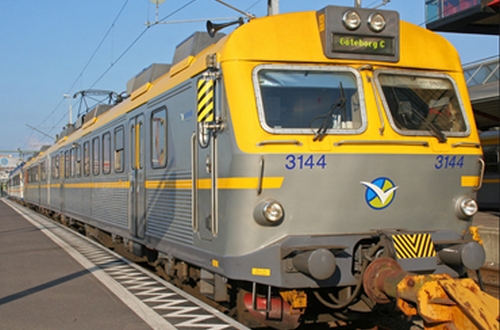 The work will be carried out in Motala, starting later this year with a scheduled finish of 2020.

Motala Train had already carried out overhauls on the fleet before its acquisition by Alstom. The refurbishment entails exterior fixes including corrosion repair and repainting, as well as an interior upgrade involving stripping the vehicles, mounting new wall panels, ceiling, floors and seats.

The X12 and X14 trains belong to the X10 family, which were manufactured in the early 1990s by ASEA/ABB. Västtrafik’s fleet also includes 27 Alstom Coradia Nordic EMUs, which are maintained by Alstom at a depot in Gothenburg.