IRJ at InnoTrans 2016: Alstom unveiled itsCoradia iLint on September 20, a zero-emission train which is powered by a hydrogen fuel cell, making it an alternative to diesel power. 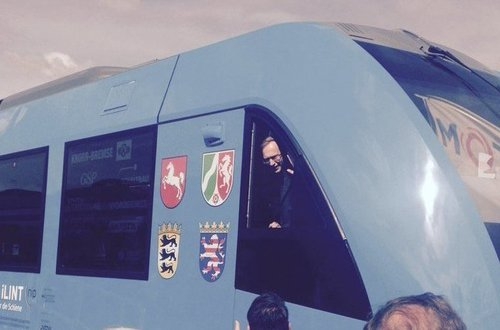 The only emissions from the train are steam and condensed water, and noise levels are lower than the equivalent DMU.

Alstom is offering a train-and-maintenance package, as well as the hydrogen infrastructure.

The launch follows the letter-of-intent signed in 2014 with the German states of Lower Saxony, North Rhine-Westphalia, Baden-Württemberg, and Hesse for the use of fuel cells on a emission-free train.

The Coradia iLint is based on the Coradia Lint 54 DMU which has had its diesel engine replaced with a hydrogen fuel cell driver. The trains will be manufactured at Alstom's Salzgitter plant.