ALSTOM announced on March 14 that its hydrogen-powered Coradia iLint train completed its first test run at 80km/h at its test track in Salzgitter, Germany. 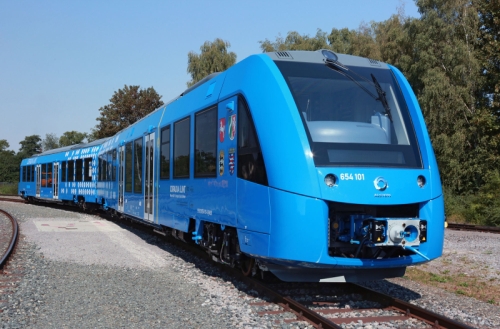 The iLint will perform its first passenger test runs on the Buxtehude - Bremervörde - Bremerhaven - Cuxhaven line in 2018, once an extensive test campaign has concluded.

The current test aims to confirm the stability of the energy supply system based on coordination between the drive, the fuel cell and the battery of the vehicle. The braking power is also undergoing checks.

Further tests will take place in Velim, Czech Republic, at up to 140km/h, the iLint’s top operating speed, as well as at Salzgitter.

The Coradia iLint is the first lower floor passenger train powered by a hydrogen fuel cell, which produces electrical power for the traction. The train only emits steam and condensed water, and offers a quieter environment for passengers.

Alstom is supplying the train under an agreement with the German states of Lower Saxony, North Rhine - Westphalia, Baden - Württemberg, and Hesse signed in 2014.