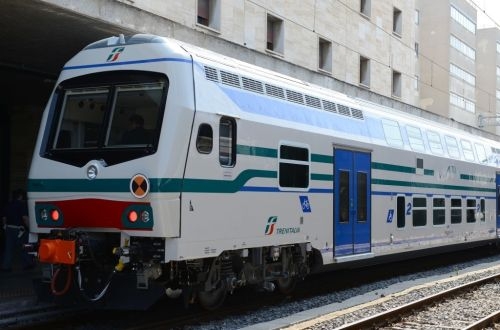 The first three-year contract is worth €67m and concerns the supply of spare parts, maintenance and repairs of the Frecciarossa ETR 500 fleet at depots in Naples, Milan and Vicenza. The ETR 500 was produced by Trevi, a consortium of Ansaldo, Breda, Fiat Ferroviaria, ABB Tecnomasio and Firema Transport and entered service in 2000.

The second €29m five-year contract is for the same services on Vivalto double-deck regional trains, including the 350 second series CDPTR coaches (pictured) which were produced by Corifer, a consortium of AnsaldoBreda, Officine Ferroviarie Veronesi and Magliola Antonio & Figli, and entered service in 2012. AnsaldoBreda will carry out this work at seven Trenitalia depots.