SWITZERLAND's largest private railway BLS confirmed on February 2 that it has shortlisted four suppliers to bid for a contract to supply 60 EMUs for S-Bahn and regional services. 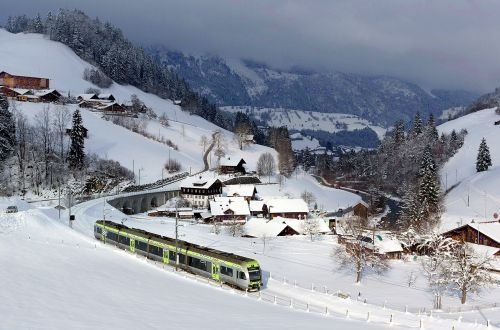 Alstom, Bombardier, Siemens and Stadler have been invited to submit detailed offers for the contract. A winning bidder is due to be selected in the second half of next year and the 100m-long single-deck trains will be delivered between 2021 and 2026.

The delivery of the fleet of will enable BLS to withdraw its EW III push-pull coaches and RABDe 565/566 EMUs, which date from the 1980s.

The trains will be used on Bern S-Bahn lines S2, S4, and S5 as well as regional express services from Bern to La Chaux de Fonds, Brig, Zweisimmen, and Thun.

In preparation for the tender, BLS has been testing new seat designs on the Bern - La Chaux de Fonds. The two-month survey, which involved more than 700 passengers, found demand for softer seats with soft headrests in first and second class and a combination of tables in 2+2 bays. More than 80 of passengers requested a waste bin and 70% asked for at-seat power points. Three quarters considered good mobile phone reception to be important and around half of respondents wanted to see onboard catering provision.

BLS has been evaluating potential seating options for the new trains with a two-month trial involving more than 700 passengers. Photo: BLS