SWISS passenger operator BLS has initiated a three-year, SFr 30.7m ($US 32.6m) programme to upgrade 36 three and four car Nina EMUs, which will extend the service life of the trains for a further 15-20 years. 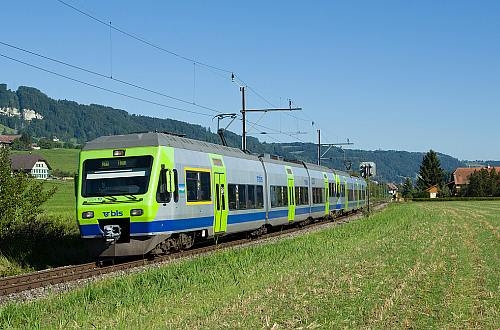 Nina was introduced in 2000 and is used predominately on the Central Switzerland S-Bahn network, and on the Bern S-Bahn in combination with double-deck Mutz EMUs.

The refit consists of a new livery and a complete overhaul of first class including new larger seats, with new covers as well as new flooring and the addition of power sockets. The first class coach, which has 20 seats, will also be repositioned in the centre of the train to match the layout of the Mutz sets.

Second class passengers will also benefit from enhanced lighting in the seating areas and toilets, while additional standing areas will be offered at the expense of several seats, leaving 114 in a three-car train, and 159 in the four car sets. A new fire alarm system will also be installed to enhance passenger safety.

In addition, obsolete systems in the trains will be replaced with the latest technologies, which will improve the trains' long-term operations and maintenance.