GERMANY's Bochum-Gelsenkirchen Tramways (Bogestra) signed a contract worth around €110m with Stadler Pankow on August 27 for a further 42 Variobahn metre-gauge bidirectional low-floor LRVs, which will replace the troubled fleet of NFD6D vehicles. 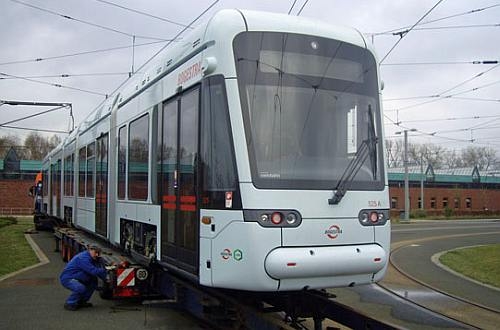 Stadler Pankow will deliver the first eight LRVs in the third and fourth quarter of next year and the order will take Bogestra's Variobahn fleet to 87 vehicles.

The fleet of 42 NFD6Ds was built by Düwag and Siemens in 1992-94 but is facing early retirement following the discovery of wheelset defects. The vehicles previously suffered problems in 2006 when bodyshell fractures began appearing around doors and windows.