TRENITALIA says it is carrying out additional inspections on its new fleet of Pesa ATR220 regional DMUs following the discovery of bogie frame cracks on similar trains operating in Poland. 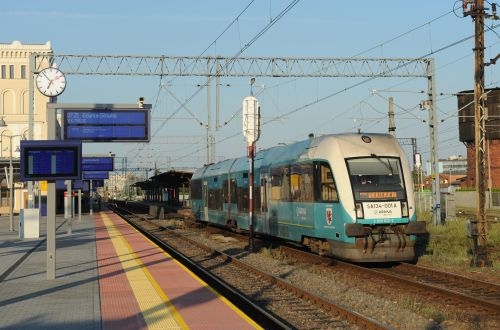 According to a safety alert sent by the president of the Polish Office of Rail Transport (UTK) to the Italian National Safety Authority (ANSF), 14 cracks have been discovered in the frames of 37AN Jacobs bogies used on the type 218m articulated trains, 76 of which are in use with various Polish regional operators.

The UTK recommends operators should check bogies carefully and inform the manufacturer immediately if any irregularities relating to the technical condition of the bogie frame are discovered.

Trenitalia ordered 40 ATR220 DMUs from Pesa in 2013 and the trains operate in the regions of Marche, Tuscany, Abruzzo, Veneto, Basilicata and Calabria. ATR220s are also in service with South East Railways (27 trains), North Milan Railways (two trains) and TPER in Emilia Romagna (12 trains).