THE first of 12 Bombardier trains for Guadalajara light metro Line 1 arrived in the Mexican city on March 19. 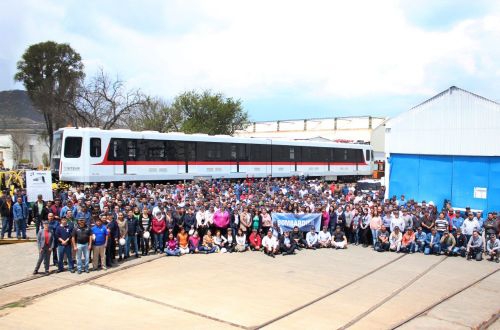 The 750V dc two-car TEG-15 trains are being built at Bombardier’s plant in Sahagún, Mexico, under a Pesos 752m ($US 31.5m) contract awarded by Guadalajara Urban Electric Train Company (Siteur) at the end of 2015.

The trains are being acquired as part of a project to increase capacity on Line 1.

The delivery of extra trains for Line 1 comes two months after the unveiling of the first of 18 Alstom Metropolis trains for the new Line 3.