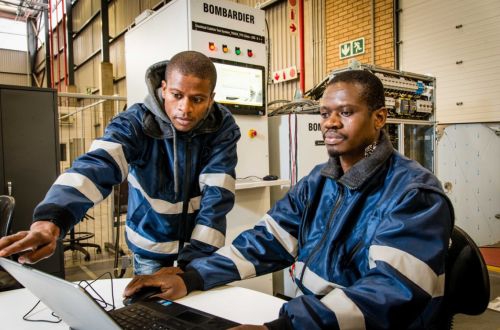 South African state-owned freight and logistics company Transnet awarded Bombardier a contract to supply 240 electric locomotives in March 2014 as part of a Rand 50bn ($US 3.5bn) procurement of 1064 locomotives.

The new 6000m2 facility will produce Bombardier Mitrac traction equipment for use in the fleet of Bombardier Traxx Africa locomotives.

The majority of the locomotives are being built at Transnet’s plants in Koedoespoort, Pretoria, and Edwin Swales in Durban.

High power traction converters and electrical cubicles will be tested at the Isando site, which will become Bombardier’s South African headquarters from October.