A ceremony was held at Bombardier’s Derby plant on November 24 to mark the completion of the 2805th and final Electrostar EMU vehicle. 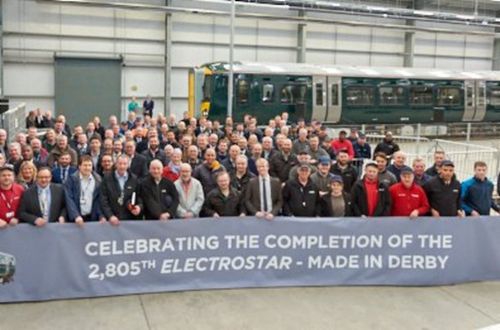 Since the introduction of the first class 357 trains on the London, Tilbury & Southend line in 1999, the Electrostar has become Britain’s most numerous EMU design with more than 650 sets now in service with six operators in southern England, and a further 24 trains with Gautrain in South Africa.

The final train is a four-car class 387 owned by Porterbrook Leasing and destined for use by Great Western Railway (GWR).

The Derby plant is now focussing on Bombardier’s new Aventra EMU platform, production of which could soon surpass the Electrostar, with 2558 vehicles ordered since 2014.