ALSTOM confirmed on October 27 that it has received a €130m order from DB Regio for 24 Coradia Continental EMUs, which will be used on the Breisgau S-Bahn network in southwest Germany. 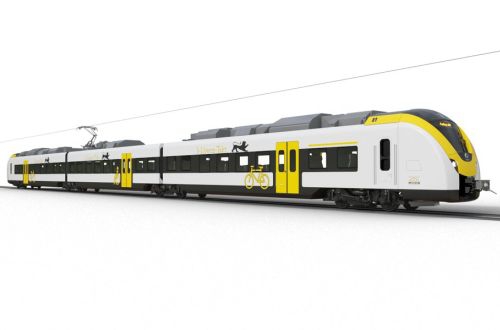 The 15kV 16.7HZ ac EMUs will be built at Salzgitter and deliveries will be completed by December 2019, when DB Regio’s contract begins.

Alstom will supply a mixture of three-car sets seating 164 passengers and four-car trains, which will seat 249.

The trains will be equipped with multi-purpose areas for wheelchairs, pushchairs and bicycles, as well as passenger Wi-Fi, CCTV, power sockets, and real-time passenger information systems.