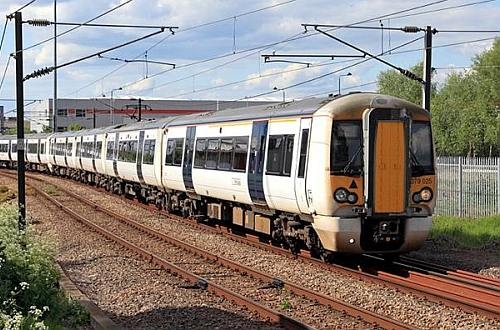 Initial trials are being carried out on the test track at Bombardier's plant in Derby and high-speed testing will take place at the Rail Innovation and Development Centre (RIDC) in Nottinghamshire later this year.

Initially the train will use lithium iron magnesium phosphate batteries although other battery technologies such as hot sodium nickel salt will also be evaluated. Additional battery tests are underway at Bombardier's laboratories in Mannheim.

"We continue to test other possible solutions so we can gather as much information and comparison data as possible for future development," says Mr James Ambrose, Network Rail's senior engineer on the IPEMU project.

IPEMU is a joint initiative between Bombardier, operator Abellio Greater Anglia, the FutureRailway project, and the Department for Transport (DfT).

NR says it believes battery power could be used to bridge short gaps in the electrified network, and enable through running of electric trains onto non-electrified branch lines where it would not be cost effective to install catenary.